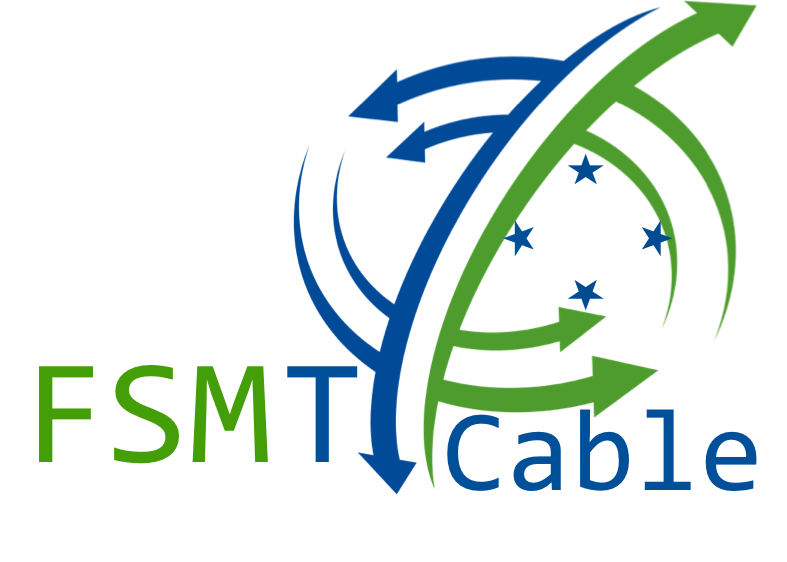 Yap State is poised to be the first state in the Federated States of Micronesia  (FSM) to get the benefits of an FSM-wide program to upgrade communications and digital infrastructure and setting up the State up for greatly improved economic development over the next decade. iBoom, led by Mr. Lubuw Falanruw, is taking proactive steps to ensure this happens as quickly as possible.  As Yap’s newest licensed telecom company, iBoom is hoping to start operations soon after installing temporary fiber optic cables which are due to arrive soon in Yap.

Mr. Falanruw recognized how vital this project would be to the growth of his home island of Yap. Despite delays to his plans due to the Covid-19 pandemic and other factors, he assembled a team of local and expatriate Yapese to get things jump started, from sourcing materials and labor to state of the art equipment. “It’s been challenging, with obstacles, but I am so grateful to have a team who all share the same passion and mission that iBoom has for Yap and its people,” related Falanruw. “The ambition, grit, & resourcefulness, the team has truly accomplished many miracles. They are the heroes.”

“iBoom’s (www.iboom.io) initial objective is to simply level the playing field for locals and set higher standards of service in telecommunications,” stated Mr. Falanruw. “But our mission and vision are much broader, as we will be creating an environment that will bring in more jobs with career paths, foster local innovations and entrepreneurs, and bring in revenue from outside FSM. We are ready to take on the challenge of being the change agents, maintaining our integrity while balancing modern technology with our traditions.  We could not do any of this without the incredible support of all our leaders, from our President Panuelo, Secretary Apis, and many others at National, and our Yap state Government, the executive, legislative and judicial branches, and both our Councils of Chiefs.”

The development in Yap is part of the National Government’s Digital FSM Project, a World Bank funded project that follows on from the work to connect all four states to undersea fiber optic cables, bringing fast, reliable internet and telecommunication to the people of FSM. After the temporary cables are installed by iBoom to Colonia, work will start on the build of a permanent, resilient fiber-to-the-home network. The task of connecting each home, office and school to fiber optics is being implemented by FSM Telecommunications Cable Corporation (FSMTCC) who are FSM’s Open Access Entity (OAE) and own the network on behalf of FSM’s government. They are spending an estimated $2 million on the Yap project alone, creating many local jobs during the installation and afterwards. An Australasian company, Universal Communications Group (UCG), won the contract to design the fiber-to-the-home network across three of FSM’s states, including Yap.

Both the Yap State Governor and the Yap State Legislature are 100% behind this project. “I think the pandemic today has proven to all of us that we need reliable, dependable means of communications because, in my opinion, it can underpin all other development,” said Yap Governor Henry Falan. “It underpins political development, social development, and economic development.”

Introducing competition into the FSM’s telecommunication market was seen by the FSM National Government as essential to ensure that the FSM’s people benefit from new technologies and the opportunities it can bring to people’s lives and the economy. “This is a way of introducing new players into our market to make sure that there’s competition, that there are options for our citizens in the telecommunications field,” stated FSM President David W. Panuelo.

“The exciting aspect is the development and jobs that iBoom are planning to bring,” added Secretary for the Department of Transportation, Communications and Infrastructure (DTC&I), Hon. Carlson D. Apis.

As a fully funded grant by the World Bank, the Digital FSM Project will not burden the government with additional loans or expenses. Local entrepreneurs like Lubuw Falanruw of Yap are seizing the opportunity afforded by the FSM’s newly opened telecommunication market to provide services that specifically cater for the needs of local people. “This will be the first time a whole new digital economy will be created in our nation,” says Mr. Falanruw. “The beauty of what we are doing is harnessing the latest internet technologies, to take giant leaps ahead, using both technology models and proven methods that can be easily shared across other states and sister/brother island nations. This can easily become the global Pacific alternative to old school development options, where we have a thriving economy, and where lands and cultural identities are kept in place and in the hands of locals. We get to see ahead and do things differently.”